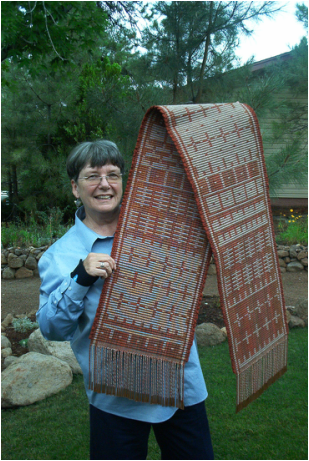 Flag Wool and Fiber is honored to present our first Keynote Speaker Event.  World renowned weaver and Flagstaff resident Joanne Tallarovic will be giving a lecture  "Weaving is Alive and Well in Northern Arizona" on Friday June 3rd from 6pm-8pm in the historic Pioneer Museum barn.  Tickets are $25 per person and include a delicious dinner catered by Taverna.

Joanne Tallarovic holds a Bachelor of Fine Arts degree from the Cleveland Institute of Art in Weaving and Textile Design, with a minor in Ceramics, 1967. Joanne traveled to Sweden in 1977 and participated in the first International Weaving School for two weeks, then traveled to weaving centers in Sweden for three weeks.
In 1978 she and Diane Tramba opened the first Glimåkra Weaving Center in the United States in Rocky, River, Ohio, dedicated as the training facility for Glimakra Looms and Yarns.
Joanne organized and led two Weaving tours to Scandinavia in 1983 and 1987.
She continues to weave, teach, and research; first as a rug weaver, then for the last 40 years discovering the magic of Swedish ripsmatta (or Scandinavian rep weave), pushing its limits and she’s not done yet. Joanne taught weaving at Baldwin Wallace College, Berea, Ohio, Northern Arizona University, and Coconino Community College in Flagstaff, Arizona. She taught Nationwide workshops in the states and Canada since 1978.
Joanne is a full-time studio artist and wrote The Weaver’s Studio REP WEAVE and BEYOND, published by Interweave Press in November 2004. The book is now available as an eBook from Interweave on weavingtoday.com.
She has woven over 4,300 greeting cards in the Scandinavian Rep technique and is currently assembling fabric cards and printed images as cards for sale.
She continues to weave and teach students in her Flagstaff studios. 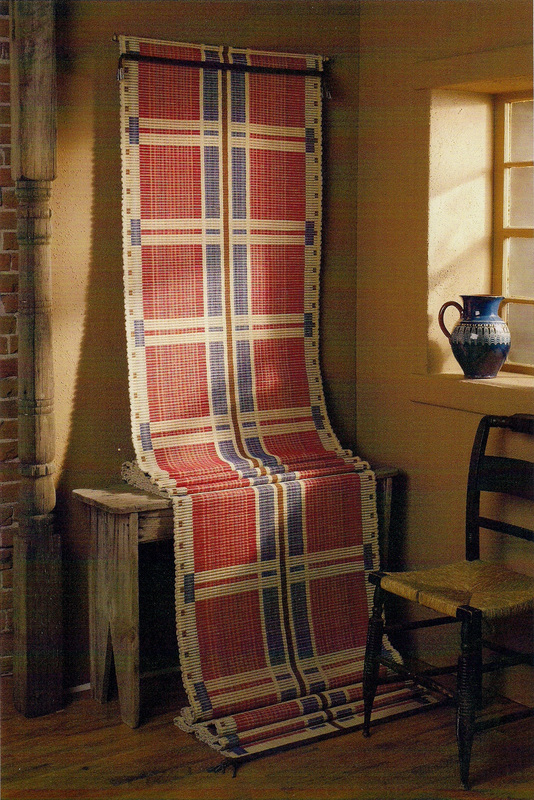